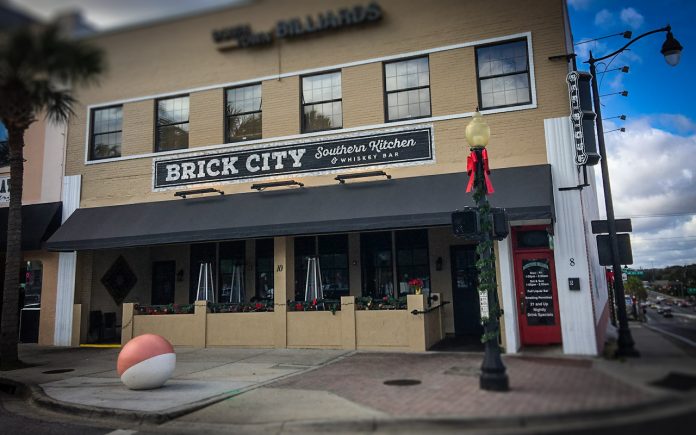 Visit Downtown Ocala and try out the newest restaurant on the Square; the Brick City Southern Kitchen & Whiskey Bar!

For the appetizer, we had the Boom Boom Shrimp, which is fried shrimp tossed in a chipotle ranch. They were awesome, but we both were thinking the portion could have been much larger. The Smokehouse Chicken sandwich was smothered in Mojo BBQ Sauce, sauteed onions, smoked bacon and Jack and Cheddar cheeses, and it was delicious! Probably one of the best chicken sandwiches I have had in Ocala. The two-meat combo meal was ordered with turkey and short ribs, with sides of collard greens and mac & cheese. It was delicious as well but could of been a larger portions of meat.  All in all, the food was great and the bar and atmosphere was very enjoyable and uplifting.

Slow and Low … we take our time with your bar-b-que, smoked chicken, beef, and pork!”

Know something that needs to be exposed or want a Public...